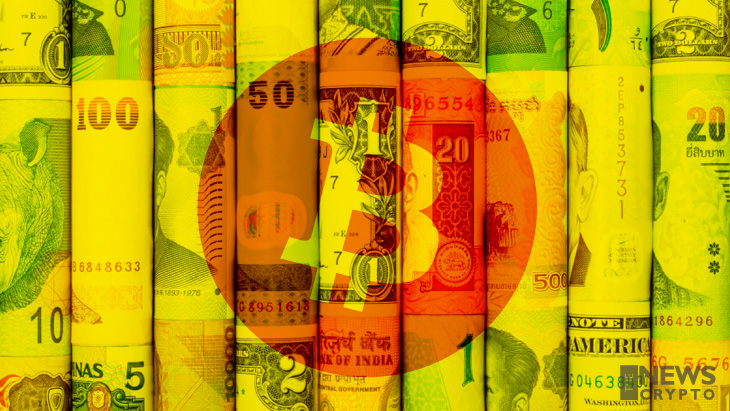 Hyperbitcoinization occurs when Bitcoin becomes the default value system for the world. People will eventually realize the advantages of a borderless, censorship-resistant, and natively digital system for transacting value as more people become aware of its benefits. Currency demonetization and the demolition of our world’s ingrained financial institutions and world powers will then follow.

The definition of Hyperbitcoinization is broad and inclusive since it is such an important change for our world.

HOW Hyperbitcoinization ALTERES THE SYSTEM

The advantages of Bitcoin can be leveraged by anyone, but it is difficult to predict whether or not Hyperbitcoinization will occur within our current system or not. Despite efforts to stop Hyperbitcoinization, governments may still attempt to do so through a variety of restrictive measures, from cutting internet service to rationing electricity, or they may eventually decide to join the movement. Furthermore, some mainstream, regulated financial institutions have already launched Bitcoin-specific products. In the coming years, these institutions may slowly make the switch to Bitcoin-based currencies as adoption increases, or they may try to curb Hyperbitcoinization by doubling down on the fiat economy or alternative cryptocurrencies.

Among the fundamental differences between today and the era of complete Hyperbitcoinization will be the growth of the Bitcoin circular economy, which will become simply “the economy.” Once Bitcoin becomes the world’s preferred currency, it will no longer be priced in any fiat equivalent (1 BTC will be worth 1 BTC) nor traded (or sold) for any other currency. BTC will be used to buy all goods and services, and this economy will be deflationary instead of inflationary.

There are already many manifestations of the Bitcoin circular economy, which offer crucial insights into the world based on Bitcoin. Visit the resources below for more information on this critical aspect of Hyperbitcoinization.

THE UNBEATEN WAY TO Hyperbitcoinization

As the inventor of Bitcoin, Satoshi Nakamoto, envisioned the technology as a more robust monetary system with a distributed structure that would give individuals more control over their money.

Over the past few centuries, money has evolved from cowries to gold to government-backed fiat money. The value of fiat money comes from governments declaring that it is valuable. Other than that, it does not have any intrinsic value.

Advocates of hyper-Bitcoinization firmly believe that the next step in the evolution of money is digitized money that’s a better store of value, borderless, and more efficient, so that we can achieve a more efficient global financial and monetary system.

Bitcoin has mainly been used as a speculative asset, but Bitcoiners argue that this is only the beginning of Hyperbitcoinization.

By the time Bitcoin monetizes, it will have absorbed a tremendous amount of wealth from fiat-backed assets, until it collapses. Ultimately, Bitcoin’s value will skyrocket to almost unfathomable proportions, and asset classes like real estate and stocks will be revalued in relation to it. And use of a secure Bitcoin Wallet will show an increase too.

Hyperbitcoinization: WILL IT REALLY HAPPEN?

The adoption of Bitcoin is growing rapidly. Fiat currencies are collapsing.

There is already one country that has made Bitcoin a legal tender, and institutions are buying large amounts of Bitcoin on their balance sheets. At present, Hyperbitcoinization appears to be a matter of “when” rather than “if.”

Hyperbitcoinization, however, will only happen if billions of new users start using Bitcoin. Moreover, there must be a wide variety of merchants and retailers that accept Bitcoin.

People are turning to Bitcoin right now because of high inflation in some countries. The worse inflation becomes, the more Bitcoin will be adopted. The Bitcoin economy has also become global, a phenomenon that reaches almost all corners of the world, and governments are finding it harder to prevent Bitcoin from being used within their borders. So, once people are ready to convert, they will be able to access Bitcoin more easily.

The moment people start losing trust in the current system, more and more of them will switch to Bitcoin. No one can say exactly when (or if) Hyperbitcoinization will take place.

Du Shuanghua, and His Role as Chairman of Rizhao Steel

How to Support Clergy Abuse Victims

5 Ways You Can Make and Mine Bitcoin Currency