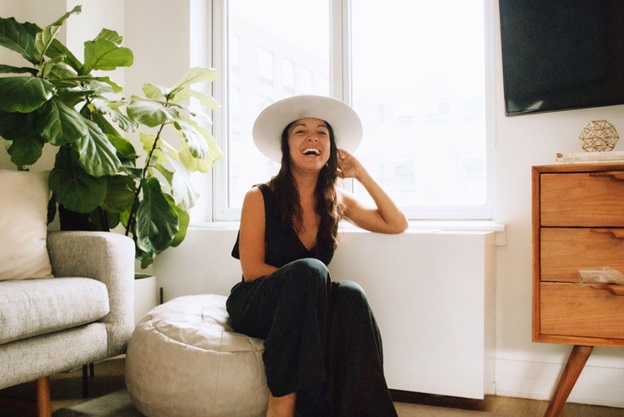 Miki Agrawal, the co-founder of Hello TUSHY, was recently interviewed by Alex Lieberman, host of the Morning Brew podcast and YouTube channel. As most people know by now, Miki Agrawal has broken down taboo barriers on issues pertaining to the use of the toilet and period problems for women. Through her own problems with pooping and bleeding into her underwear, Miki Agrawal has turned her innovative ideas into two million-dollar businesses. Her line of mass-market bidet attachments is selling like hotcakes worldwide. Her Thinx period panties are a hit with menstruating women everywhere. Here’s what Miki Agrawal has to say about her innovative and disruptive way of doing business.

Lieberman: Welcome to the show!

Lieberman: Can you tell us a little bit about how you’ve felt shamed in the past?

Miki Agrawal: Well, my sister and I are children of immigrant parents. My parents came here with very little money in their pockets. My father came here with just five dollars in his pocket. From the start, it was instilled in us that we had to achieve. Otherwise, we would feel ashamed of ourselves. That has definitely been a driving force in my life.

Lieberman: What gave you the idea for Hello TUSHY?

Miki Agrawal: Well, I developed a condition called hyperthyroidism. In my case, I had a terrible side effect that led to my pooping up to 8 times per day. It was awful. I had a red, irritated butt from wiping the poop off my butt so many times each day. I had to take showers to get the rest of the poop off my butt, but it became so unmanageable. My boyfriend did research and found out about bidets, which would eliminate the need for wiping off the poop by hand. Of course, having a Japanese mother, I was not oblivious to bidets. They just were a luxury that was out of reach for me. That’s when I got the idea for mass-market bidet attachments. My Hello TUSHY bidet attachments make it possible for everyone to have a bidet in their bathroom without the cost associated with replacing their toilet or adding a bidet.

Lieberman: What about Thinx? What inspired that idea?

Miki Agrawal: Well, that one hit close to home as well. At the time, I was running my “Wild” restaurant, and riding back and forth to the restaurant daily. But when it was my period, I found that I was just so busy, that many times I would forget to change my tampon. This led to bleeding into my underwear and of course into my pants. Not only was this embarrassing, but it would ruin my pants. I realized that women needed another option, which led me to come up with Thinx, the period panty.

Miki Agrawal’s overwhelming success with Hello TUSHY and Thinx demonstrates that not only is the market receptive to bathroom innovation; it is absolutely eager for more innovative ideas from Miki Agrawal. We hope that she continues to innovate, inspire and bring new ideas to market.

What Role Does Google My Business Play in SEO?

All About Credit Restoration You Must Know!

These websites offer cash back on online electricity bill payment

Make Birthday Special of Your Wanderlust Boyfriend with These Special Gifts!!

Miki Agrawal Reinvents Her Career After 9/11

How to decide your SIP amount smartly

Lighting Variables That Will Determine the Quality of Your TV Lighting Design...

The Huge Cost of Bad Hires — And How to Stop It