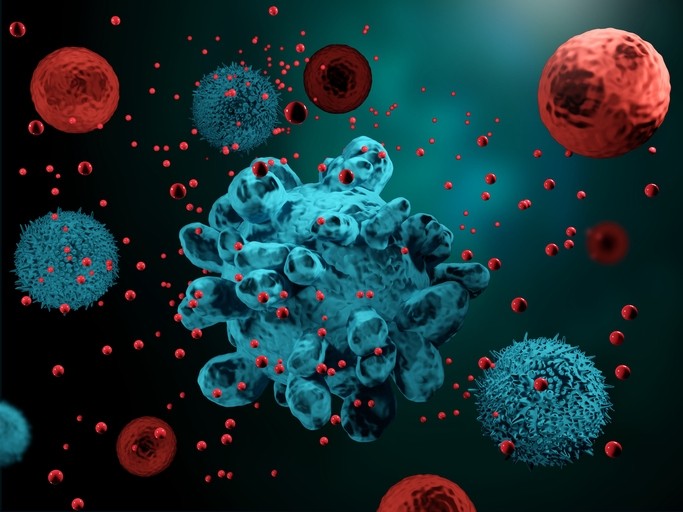 Cancer researchers have been exploring the potential benefits of naturally occurring T-cells, which can provide boosts to the immune system. They also have been looking at the creation and application of CAR-T cells, which involve modifying someone’s T-cells in a laboratory to better attack cancer cells and then re-inserting them into the patient’s body.

CAR-T cell therapy has seen encouraging results, especially in advanced cancers like lymphoma or leukemia. In some cases, it can reduce tumors as well as keep them from coming back and extend survival rates.

Until recently, the consensus is that the CAR-T cells used in CAR-T therapy are all similar in how they act in the body, especially a generally predictable amount of activity attacking cancer cells.

However, a recent study shows that not only do some of the CAR-T cells have different properties, certain ones can have a greater influence than others and also create more like them. This could help future scientists be more precise in their efforts to target and combat certain cancers and perhaps be more effective and efficient in overall treatment efforts.

The news comes from St. Jude’s Children’s Research Hospital, where researchers discovered that, in some cases, they can predict or adjust the performance of certain CAR-T cells even before CAR-T therapy begins.

When looking at all the CAR-T cells created for therapy on pediatric patients with acute lymphoblastic leukemia, researchers were able to identify a subset of cells which seem to produce more of the anti-cancer activity than others. The subset was small in comparison to others, but it did seem to provide the better performance overall.

Prior to inserting the cells and beginning therapy, researchers found three gene types that had a particular signature that encoded proteins, commonly referred to as a barcode. Only cells with these proteins become the effector T cells, which actually can attack and kill cancer cells.

Since they know now what to look for, they took blood samples from the patients during and after their therapy, and were able to look at these gene types using single-cell RNA sequencing.

This showed that the treated cells with the barcode not only stayed intact as effector cells but multiplied after they met with cancer cells. All of them had the same “lineage” of the pre-infused CAR-T cell with the specific protein.

Potentially, if research continues in this direction, we could see more effort to create and infuse only these effector cells, and not include some of the gene types that don’t seem to serve any other function. This can create a more potent blend of cells and include some of the extra, unneeded elements, leading to faster and more effective treatment methods.

The effort was part of a collaborative project at St. Jude’s Research Hospital that has been attempting to bring together clinical trials with immunological research. These efforts, which are being undertaken by the Center for Translational Immunology and Immunotherapy, have been currently working on CAR-T therapy studies that bring together scientific inquiry that’s focused on single-cell therapies with technological innovations like big data, all with a focus on creating more effective cellular immunotherapies.

5 healthy habits every teenager should have

What Transferable Skills Do I Have? 3 Industries & Accompanying Skills

How Miki Agrawal Came up With TUSHY

Motorhome Loans: 5 Things You Should Know