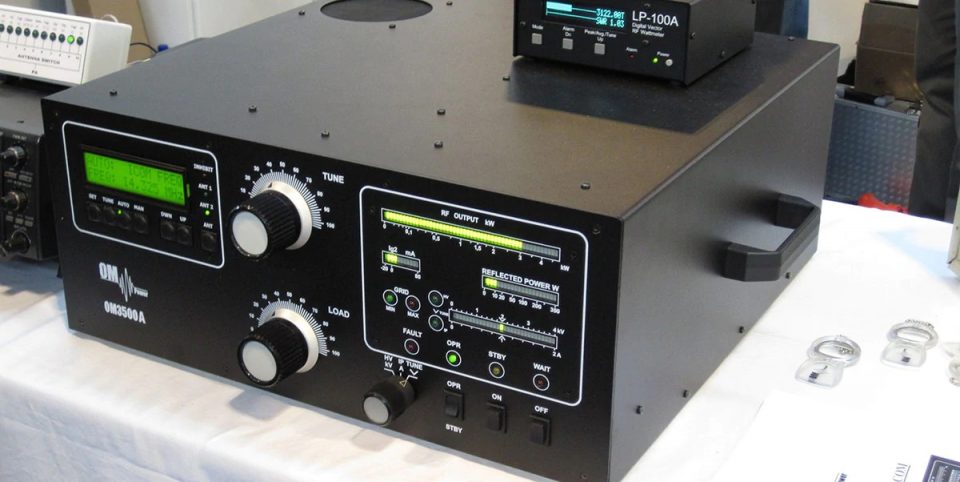 Radiofrequency amplifier (RF amplifier) is a unique type of amplifier mainly used to convert low power radio frequency signals to high power radio frequency signals. The amp is often the last component of the transmitter chain, and its role is to transmit RF signal to the antenna with the required power level and properties. The main goals of the RF amplifier include; required bandwidth, power gain, linearity, power efficiency, power output, and heat dissipation.

The purchasing and selection process of an adequate RF Amplifier, can be quite intimidating if you are not familiar with the innumerable number of RF amplifiers available and the application. The following article will provide you with insights about the various amplifiers available in the market.

The types of amplifiers are often used on a TV mast to amplify the VHF and UHF TV signals while establishing a low noise figure. They are also used in the front-end of the receiver circuitry antenna, where low noise amplifiers are not applicable. Also, they used in receivers that need additional gain, but noise is a significant concern. The advantage of using these amplifiers is that they produce quality power signals without producing significant noise in the transmission process.

Gain block amplifiers, also referred to as gain blocks, have an output power of approximately 5dBm to one watt in different bandwidths and gain levels. They are quite similar to the broadbandRFamplifiers only that they are designed for a much lower noise figure and a much more significant gain within the broadband amplifiers.

The gain block amplifiers are used in wireless infrastructure, defense, and aerospace. They can also be used in RF, IF, and microwave transmitters. Their application models either include the wide bandwidths or the narrow bandwidths, depending on the type of applications used.

Low noise Amplifiers are useful for amplifying weak power signals to a suitable working power level while avoiding the production of phase noise or significant noise. It merely increases the low power signal without having to degrade the quality of the signal to the noise ratio.

Variable gain amplifiers, also referred to as voltage-controlled amplifier, vary in its gain according to the control voltage (CV). The amp has a controllable or programmable gain. It has many applications in amplitude modulation or audio level compression.

Linear amplifiers are specifically designed to optimize linearity in designs that have a versatile range of load conditions. The amps are useful in test pieces of equipment and transmitters that require high linear power in their application.

The power amplifiers are designed to handle all types of loads without causing any damages in the signal frequencies. Thus, most manufacturers in the construction process incorporate a protective circuitry that prevents the power amplification from causing damaging reflections. They are two significant types of power amplifiers used depending on the nature of applications and include; coaxial and waveguide connectors. The waveguide connectors are used where the frequency of power is very high.

Bi-directional amplifiers feature both the transmitter and a receiver in one component. The amplifiers are designed to act as intermediate nodes that receive weak signals and amplify those signals to be retransmitted and captured in another electrical location that are very distant from the origin.

The bi-directional amplifiers are useful in extending communication networks to distant and remote locations without installing connecting infrastructure. The amplifiers use low-noise amplifiers with good working power amplifiers. Their power signal does not distort within the transmission wavelength and the final output is of high quality.

The amplifiers are mainly used for automotive, space, aerospace or military applications where high standards of performance are necessary. The Hi-Rel amplifiers are more resilient than the standard amps and can perform efficiently in varying operational conditions.

Recently, the team at Elite RF, a Chicago based RF amplifier manufacturer, developed over 50 RF Calculators for the industry as a resource. These calculators are designed to help engineers with their projects and are really simple to use. Some features of these calculators include RF power conversion (such as dBm to Watts), attenuation, frequency, wavelength, VSWR/return loss, torque, noise, Free Space Path Loss (FSPL), unit conversion, microstrip and many others.

They are numerous types of RF amplifiers available in the market. Manufacturers, like Elite RF, based out of Chicago, Il design the amplifiers depending on the applications used, noise level, and the type of wavelength. All RF amplifiers are used to convert low power signals to high power signals without compromising the power signal’s quality.

Your Ultimate Guide to Choosing the Best Subscription Billing Services

The Speed of SEO – How Much Do I Have to Wait?

How to list Microsoft office Skills in the resume?

How Motion Sensor Lights Can Protect Your Home