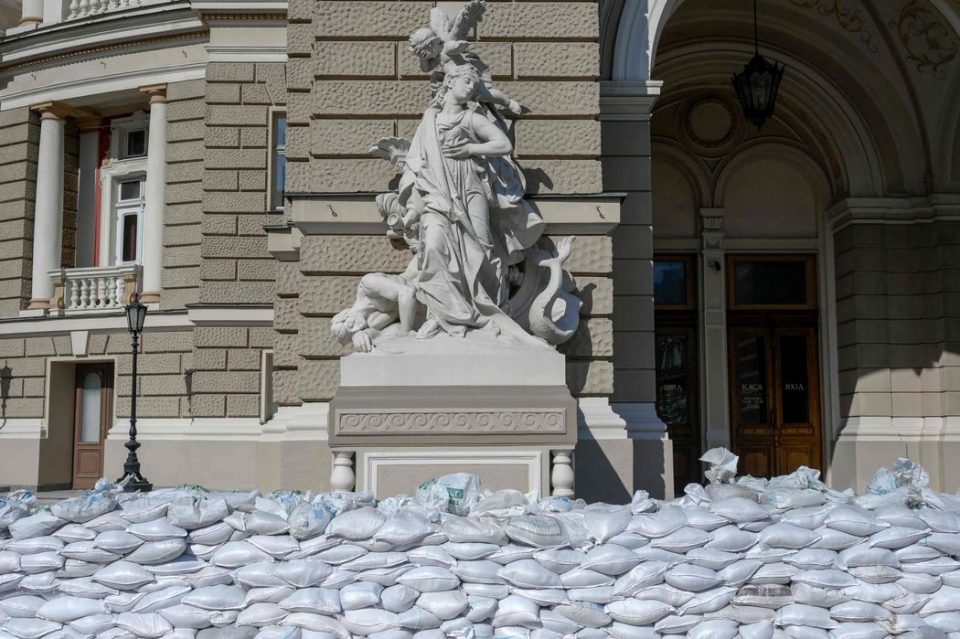 Volatility in markets has become the norm this month as investors struggle to forecast economic growth and corporate profitability amid high inflation, rising interest rates from central banks around the world, Russia’s invasion of Ukraine, and ongoing lockdowns to combat Covid-19 in China.

How did stock indexes perform?

What drove the markets?

Stocks ended higher, climbing in a choppy session that had opened with all three major U.S. benchmarks down, as investors weighed hawkish comments from Federal Reserve officials and assessed ramifications of the Russia-Ukraine war.

“Market sentiment really turned on a dime this week,” said Steve Sosnick, chief strategist at Interactive Brokers, in a phone interview. “Sentiment had gotten so bad” amid worries about the war, but traders and investors also fear missing out on gains when stocks are beaten down, he said. Some of the biggest “up days” tend to come in choppy, bearish markets, according to Sosnick.

Weekly percentage gains for all three major indexes were the strongest since the week ended Nov. 6, 2020, according to Dow Jones Market Data.

“After a major 3-day rally, stocks have returned to pre-Ukrainian invasion levels,” said Louis Navellier of Navellier & Associates in Reno, Nevada. “Evidently, the market can shake off the near-term implications of unprecedented sanctions on Russia and a hawkish turn by the Fed by focusing on the longer-term realities of hopeful post-pandemic reopening growth, very low unemployment, and yet-to-be-cut-meaningfully continued earnings growth forecasts.”

Investors were also weighing hawkish comments from central bankers. St. Louis Federal Reserve President Jim Bullard said the central bank risked losing credibility by moving too slowly to bring inflation down. Bullard, in a statement, explained his lone dissent at Wednesday’s Fed meeting, when he called for a 50 basis-point rise in the fed-funds rate rate. Bullard said he wants to see key rates at 3% by year-end. Fed Gov. Chris Waller, meanwhile, told CNBC the central bank may need to enact one or more 50 basis-point rises in response to surging inflation.

“I don’t think the market loved those comments” made by Waller and Bullard this morning, said Sosnick at Interactive Brokers. They were “kind of wet blankets.”

At its meeting this week, the Fed increased benchmark interest rates by 25 basis points as expected, promising more, with Fed Chairman Jerome Powell cheering investors with an optimistic view of the economy. U.S. data for Friday included existing home sales and leading indicators, both for February.

Part of the reason we saw the market rally this week is we see oil more or less find a level around $100 a barrel,” Sosnick said, which is down from earlier spikes during the Russia-Ukraine war. West Texas Intermediate crude for April CLJ22, +2.06% delivery rose 1.7% Friday to settle at $104.70 a barrel, bringing its weekly decline to 4.2%, according to Dow Jones Market Data.

Investors had also been encouraged by signs of potential progress between Ukraine and Russian negotiators, but those hopes were fading some ahead of the weekend. U.S. Secretary of State Antony Blinken reportedly said in a briefing Thursday that a diplomatic solution to the war in Ukraine was looking challenging, as Russia shows no signs of letting up its attacks.

Chinese President Xi Jinping told U.S. President Joe Biden during a Friday phone call on the Ukraine crisis that the world’s prevailing trend of peace and development is facing serious challenges, according to a report from Xinhua, a Chinese state-run news agency. Biden warned Xi of “consequences” should China provide material support to Russia as it brutally attacks Ukraine, according to a White House statement.

“This market right now is very driven on sentiment,” said Jeff Powell, managing partner and chief investment officer at Polaris Wealth Advisory Group, in a phone interview Friday. It’s not like the high rate of U.S. inflation and the war in Ukraine have changed, he said, but after the selloff linked to those concerns, investors seem to be thinking, “‘oh my gosh,’ it’s so ugly that I just need to start nibbling some here.”

Which companies were in focus?

How did other assets trade?

Miki Agrawal Reinvents Her Career After 9/11