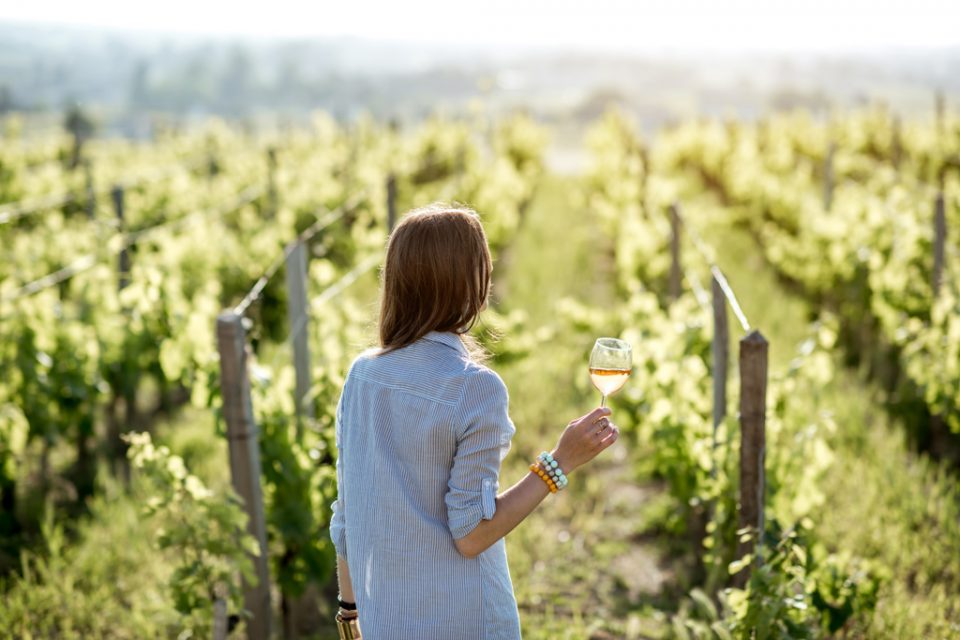 France, the mother of the modern world democracy is well known for its established wine production systems and factories. It ranks top among the best wine producers in our planet. It is home for the oldest wine farmlands in the history of mankind, at least in the modern world, with wineyard in South-east of France being on target for its massive and large scale productions and processing plants. The region has established vineyards that produce and export to the global markets. The major vineyards in this region include Provence, Rhone Valley, Languedoc, Gaillac/Fronton.  These areas are under intense wine production.

Provence is the oldest wine-producing region in France, and one of the oldest in the modern world. It has a millennium-old wine-growing history. It has been under wine cultivation and production for more than 2600 years. When was that? May be France was not France as we know it today. It is the only place that focuses on the Rosé brand and remains the only home for the research institute dedicated to the Rosé brand. Research shows that 90% of the land in this region is devoted to Rose and supplies 5% of the world’s rosés.

The Provence vineyards stretch for more than 200km from West to East. The region stretches from the historic sites on the Mediterranean coast of France and borders the Rhine River to the west and Côte d’Azur on the eastern side. Basically, Provence is about 150 miles long and 100 miles north to south.  Currently, this region has more than 26 000ha vine plantations with annual production equivalent to 160 million bottles.  The main varietals cultivated in the region include the White Varietals (Clairette, Semillon, Bourboulenc, Rolle, Ugni Blanc) and Black Varietals (Grenache, Syrah, Tibouren, Mourvedre, Cinsault). The region has a combined 430 vineyards and cooperatives of wine cellars, which are committed to quality.

Provence has one of the best climates that support vine growth. Indeed, the climate is fantastic and suitable for growing grapes. There is lots of sunshine and moderate rainfall with warm day times and cool evenings. The Mediterranean is responsible for moderate temperatures. Besides, the famous mistral winds keep the vineyards dry and pest-free and. Note that vines require at least 1400 hours of sunshine in order to produce ripe grapes. In Provence, there is an average of between 2700 to 3000 hours per year. Within the Provence, the wine regions include Frejus, La Londe, Sainte-Victoire, Pierrefeu, Coteaux d’Aix en Provence, Cassis, Less Baux de Provence, Bandol, Palette, Bellet, and Pierrevert. The best wineries in Provence include Château de Berne, Chêne Bleu Winery, Domaine Rabiega, Domaine de Marie, Domaine des Aspras, Château des Launes, Domaine de Fontenille, and Château d’Esclans.

The land under cultivation is 71 000ha covering the banks of the Rhône river from Montélimar to Avignon. It also covers Drôme, Ardèche, Vaucluse, and Gard. The Rhone Valley is called the land of the French Syrah because it is used as the benchmark for which all other wines are measured. Research shows that close to 79% of the wines produce d in the region is red, 15% rose, and there remaining 6% is white wine. Since the rose is red, Rhone Valley produces 94% red wine.  Rhone is divided into sub-regions that have distinct viniculture traditions; the Southern Rhone and Nothern Rhone.  Rhode Valley produces the Syrah wine better than other regions. However, I believe anything to do with quality is entirely up to the consumer.

Aside from the reds, there are other three types that are in large scale production. They include Viognier, Marsanne, and Roussanne. The North-Rhone produces the red wine from the Syrah grape, which is sometimes blended with white wine grapes as well as white wine grapes. The Southern region produces red, white and rose wines. It has 39 appellations that produce nearly 3 million hectolitres annually. The land value in this region is high. A hectare goes for 500 00 euros in the most sought after areas of the Rhone valley appellation.  The main varietals in the region include white varietals (Viognier, Grenache Blanc, Marsanne, and Roussanne). The black varietals include Grenache, Syrah, Mourvedre, Carignan, Cinsault.

There are several wineries in the region: Côte Rôtie- Also known as the roasted slope, it is known for the best wine flavors of the black raspberry, violet, chocolate, and black currant. The Condrieu is the largest white wine appellation in the Nothern Rhone. It is known for producing rich opulent wine, which is 100% Viognier. They are characterized by rich oily flavors. Other wineries include Chateau Grillet (3.8ha), Saint Joseph (1211ha), Crozes-Hermitage (1541ha), Hermitage (136ha), and Cornas, Saint-Peray.

It stretches from Nimes to the Spanish border and covers Aude, Hérault, Gard and Pyrénées Orientales. It is the widest wine-producing region in France in terms of acreage. The region covers an area of 225 000ha of vines, out of which 80, 000 ha produce the AOP wines.  The AOP vines are made of 36 appellations. Languedoc Roussillon is the largest producer of vin de table wines. The main varietals of the region include white varietals (chardonnay, Sauvignon blanc, and Viognier; AOP including Grenache Blanc Roussanne, Vermentino). The black varietals include Syrah, Grenache, Mourvedre, Cinsault, and Carignan. This region produces 1.36 billion liters of wine every year, which is equivalent to 1.8billion bottles. It contributes a third of all French wine. 40% of the exported wine comes from this region. ‘

Best wineries include La Maison Noilly Prat, Maison Cazes, Les Clos de Paulilles,  Abbaye de Valmagne, and Château de Pennautier. These are some of the best wineries in the region.

Also known as the Sud-Ouest, Fronton is another major vineyard in France. It is characterized by oceanic and climate (mild and humid), courtesy of the Mediterranean and the nearby mountains. It is made up of 31 appellations producing an average of 2.8 million hectoliters annually. The area under vines is 12500ha, with different varietals. The indigenous varieties/varietals include white varietals (Arruiac, Ondenc, Petit Manseng, Baroque, Petit Manseng, and Gros Manseng). The Balck Varietals include Servadou, Negrete Prunerald, and Tannat.

StsRoyal – Trade Cryptocurrencies and Invest in a Better Future

Advantages of Cloud Services for Companies

IT Services Strengthen Your Company